Back in 2010 I was one of the Ron Paul supporters who also was very excited that Rand Paul won a US Senate seat in KY. As time went on Rand changed his positions. Rand’s defenders interpret all of his changes as sheer political brilliance. The Rand mythology goes like this: He’s learned from his father’s ineptitude and failures in Washington DC not to be principled. Rand is theoretically and allegedly deeply committed to the original intent of the US Constitution, however unlike any other DC politician who’s ever lived he alone knows how to be effective by pragmatism. So Rand endorsed Willard “Mitt” Romney in 2012. Then he went on to endorse the GOP minority leader of the US Senate Mitch McConnell (R-KY). Rand’s brilliance was apparent in his explanation for why he endorsed McConnell – McConnell asked him.  (This in and of itself should come as a great warning to his wife in the event another woman simply asks Rand to do something objectionable.)  Rand held a meaningless filibuster which changed nothing but claimed victory – the reality is that US citizens still may be targeted as enemy combatants and executed without due process.

One talking point that Randbots use is that Rand’s voting record in office is second to none. His voting record is excellent – however Randbots appear to be ignorant that over 90% of the votes in the US Senate aren’t recorded by name, they’re unanimous consent/without roll call votes.  So Rand does have an excellent voting record for the 6% of the votes that can be verified. Jim DeMint exposed this problem and supposedly sought to change the procedure. One would think that champions of liberty such as Rand Paul and Ted Cruz would make this an issue and change the rules in the US Senate that permit this practice, unless they enjoy keeping the public in the dark about how they vote 94% of the time.

Rand endorsed Sen. Susan Collins (R-ME) – tyranny is worthy of endorsement as long as an oath breaking politician has an R next to his or her name. Rand reflected his political brilliance by not recalling that Susan Collins voted for illegal NSA spying, the Patriot Act and the 2012 NDAA. (Selective memory is a radical new method that no DC politician has ever utilized prior to Rand.) Rand has even raised funds for the RNC. This week Rand was dispatched by Thom Tillis (R-NC) in a desperate attempt to help Tillis win the general election for US Senate. Rand appeared at Big Ed’s restaurant in Raleigh NC on Wednesday October 1, 2014 followed by a private fund raising event for Tillis after his psy op at the restaurant.

Tillis as Speaker of the House in the NC General Assembly has been a vocal proponent of public private partnerships (P3s) which includes the first foreign owned toll road in NC. I asked Rand about his position on P3s and foreign owned toll roads. Rand said he has no position on toll roads and in typical political fashion he refused to address P3s. Tillis is in violation of the 2013 and 2014 NCGOP platforms regarding foreign owned toll roads. If the leadership of the state NCGOP was not corrupt Tillis would have been censured for supporting foreign owned toll roads in NC. Instead of being censured he was given the nomination for US Senate. This senate race should have been won by any Republican with a heart beat but Thom Tillis is finding a way to lose. Tillis was backed by establishment Republicans in DC and Raleigh yet in the primary he could not even get 50% of the vote in spite of spending $10 million by his campaign and outside groups. Tillis’ arrogance has been on display during the primary and general campaigns in that he has not even made token concessions to the Tea Party and the conservative GOP base voters. His attitude is that Conservative voters have no other place to go. Tillis evidently forgot that people may cast a protest vote for the Libertarian candidate or have the option of writing in John Rhodes or David Waddell.

As he was leaving the restaurant I tried to ask Rand about Obamacare since both he and Tillis no longer support the repeal of Obamacare. Rand’s handler would not let the covert champion of liberty answer any more questions. I can understand why any questions about Obamacare have to be avoided. Tillis ads are running which state Obamacare should not be repealed after he had previously said “It’s a great idea that can’t be paid for.”  Rand has also stated that Obamacare will not be repealed while he continues to raise funds from his supporters to repeal Obamacare. While I see this as typical political duplicity Randbots interpret this as yet another example of his political brilliance.

In essence the politics of Rand Paul can only be explained by deception and duplicity. Randbots live in an imaginary world where only the supporters of Rand Paul understand his true motives which permit him to allegedly lie to the RNC and GOP establishment. The fact that Rand is lying is beyond dispute at this point. The real question is who is being deceived – is it the GOP establishment or Rand’s supporters? The fact that Rand continues to raise funds from his supporters to repeal Obamacare after he’s already admitted it’s not getting repealed speaks volumes about the morality of his political brilliance.

The Fix was in for CINTRA

Widen I-77 with general purpose lanes, not HOT lanes 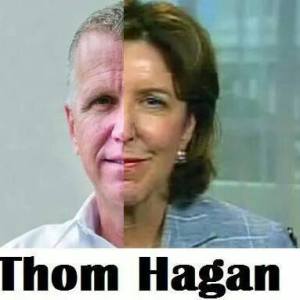 The 2013 NC GOP platform under Article 2 [The Economy] section 8 reads, “We oppose any plans for, or legislation in favor of, High Occupancy Toll (HOT) Lanes”. This statement was added to the platform from the floor of the convention on Saturday June 8. The following day at the Executive Meeting a resolution was being debated to further oppose High Occupancy Toll (HOT) Lanes. Speaker of the NC House Thom Tillis chose to speak to oppose this resolution.

Tillis said in part, “But the net effect of this resolution to send a message to the Governor that you want to kill one of his three major initiatives that have come out this year. It’s not like he’s going to put HOT lanes all over the place. We’ve got a resol, we’ve already passed a bill that will not allow tolls to be put on existing roads. In other words the lanes that are already there that have already been paid for by taxpayer dollars and gas taxes cannot be tolled. It’s against the law. I also supported that bill I believe it’s House Bill 267. They cannot be tolled.

This is about trying to find a way to collect revenue that we don’t have. That the house and the Senate cut the gas tax. You wanted it cut, we cut it. The effect of that is hundreds of millions of dollars over time that we’ve got to make up somehow. As we move forward, as the state grows, as we add another million people over the next ten years, we’ve got to find a way to have infrastructure that allows businesses and industry and everybody else to grow. Without that this state will not grow. Moot only. (11:09)The HOT lanes, the proposal in the Governor’s budget is to consider corridors where they believe the economics are right to enter into private public partnerships to build roads. ”

Note that Tillis endorsed HOT lanes as a private public partnership – this is crony capitalism and a facet of how Agenda 21 is being implemented.

Thom Tillis should have been censured by the NC GOP for openly being in violation of the party platform. Instead he became the Republican candidate for the US Senate.

Tillis supported HOT lanes by revealing that Gov. Pat McCrory is also in favor of them. Pat McCrory should also be censured by the NC GOP for openly violating the party platform.